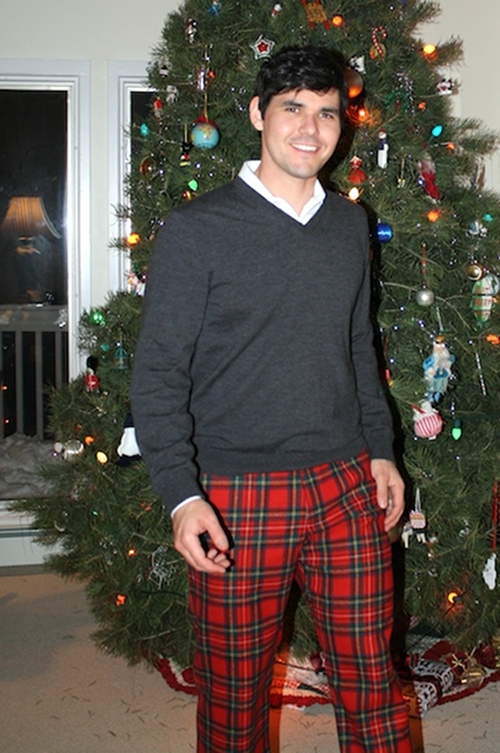 Today I read Peter Forbes’ speech, “Conservation in the Age of Consequence.” (Link) The message is profound, and the delivery is memorable. I’m a big speech nut, so I was hooked after the first page in which he asked:

Pause for a second. Think back to when you were 8, 10 and 12 years old. Re-connect with that place that most inspired you as a young person. Perhaps it was your grandparent’s farm, or a park, an urban garden, or a pond where you grew up, or a place that you visited just once. Now, show of hands, for how many of you would that place be impossible to find because it simply no longer exists

I thought for a moment about my childhood and four places came to mind.

The first was The Pathfinder School, which I attended from pre-school through seventh grade. At Pathfinder I was literally educated in nature. The campus is set in the woods along Cedar Lake near Traverse City, Michigan. Upon entering the school you’re greeted by a small office, a large soccer field and a fifty-seven step stairway that leads you to the upper campus. I know those stairs well, as I walked them several times a day for years. One of my most vivid memories of Pathfinder is shaking the snow off of a sapling pine tree on my way to third grade homeroom. I have returned since, and the tree, which was once no taller than my eight-year-old self, is now much taller. But it is still there! I remember another giant tree on recess that had a network of exposed roots that we used to climb on and run around. To my ten-year-old self, that was an amazing and fun tree. I remember the hall of cedars outside the science cabin. Two long rows down which my twelve-year-old self could run. Among all these trees were old buildings and cabins built of stone and wood, parsed together with slightly newer stone and wood. I could feel the unevenness – the effect of time on each and every classroom in which I stepped. The old brown carpeting worn thin by thousands of playful footsteps rose and fell with the ground beneath. It was in these buildings among the Pathfinder wood that I went from eight to ten to twelve. The fields, woods and people that I literally grew taller with.

The second moment that came to mind was hiking the end of Old Mission Peninsula with my father and our dog Sunshine. I have pictures of me in a blue nylon jacket and a hat that looks like a bear. I have the same intense stare then as you might catch me with now, should I be deep in thought. I remember little about the actual hikes back then, but I do remember sitting on a high wooden bench and eating a snack during the hike.

The third memory is biking through the cherry orchards to a general store called Underwood Orchards. My best friend for years, Todd Hale, who lived next door to me for much of my childhood would bike over with me. These trips are countless now, but vivid nonetheless. After obtaining permission from whichever parents were around, we’d set out on our mountain bikes through the tall and think orchard grass. Todd would head down one row of trees and I down another. Depending on the time of summer, there might be blossoms, yellowish cherries or dark red cherries. At the general store we’d sample fresh apple cider from the barrels implanted in the back wall before buying candy to fuel our ride home. Late in the fall, I would go there with my family to buy homemade donuts and cider after picking out a pumpkin to carve.

The fourth location (of many more) is Michigan’s Upper Peninsula. Each summer, as a child, my family would travel to Ishpeming, Michigan to visit my grandparents, aunt, uncle and two cousins. The car ride was long and I left friends behind, but those many trips developed in me what is now a profound appreciation for the Upper Peninsula’s landscape and people. There is a rocky bluff behing my grandparents’ house in Ishpeming. I remember being eight, ten or twelve and hiking that bluff with my grandfather and father. Once, we picked wild blueberries, which I put in a small pocket of a new frog-shaped backpack I has just been given. By the end of the hike, there was blueberry jam in my backpack that left a huge purple stain on it that never came out.

Perhaps I am one of the lucky few that wouldn’t be raising their hand because my childhood memories had been leveled and developed into nonexistence. Sure, things have changed. Pathfinder has a new entrance that cuts through part of the old soccer field in which I ran and played, but the fifty-seven steps are still there as are the trees with which I grew taller. The trail system on Old Mission Peninsula has actually grown much larger and includes twice the trails that my dad and I hiked when I was eight. The cherry orchard has changed along with the general store, but not completely. Thankfully, they’re not all gone. In their place are new cherry trees, rows of grapes and a winery. As I said the other night, I’m fortunate that my back yard grew up with me. Finally, the rocky bluff behind my grandparents’ house in Ishpeming seems smaller now (I climbed it over Thanksgiving), but little has changed atop it or in the surrounding area.

None of the childhood experiences at any of my four kingdoms was a deliberate attempt to “be outside.” Rather, the beauty and space was there and I did my best to fill it with laughter and fun. In return, I am left with irreplaceable memories of an unparalleled childhood.

I’m convinced that my adulthood will be equally as magnificent, but I am starting to realize the enormous amount of perseverance and hard work that is and will be required to maintain that which I have taken for granted much of my life.

After being away for many years, I’ve made a conscious decision to return and stay in the area that grew me up. Like Forbes says in his speech, “The most radical thing one can do today is to stay put and really love a place.” I’ll spend a lifetime learning what that means and how best to protect the land that lies beneath my many childhood memories.

My kingdoms stand for now, but it’s up to me to ensure they remain.

Three lovely heads turned left, looking, not where they must, but where they may. Two of three capped with color. The third: just light brown hair, up and off to reveal a flushed cold ear. The snow on the path whence they came is trampled flat from sporty snowshoes and tender paws.

Maybe, if I were to jump inside a lovely head… maybe each one is looking back at their tracks being eroded by the hill-top wind and wishing they, too, could go on such a wonderful ride through the crisp country air. Up and away, just as a snowflake, as high as the birds until the furiously white sun in the expansive blue sky melted each one back down among naked poplars, oaks full of curled brown leaves, and evergreens with their thin needles wiggling in the wind. They would set down on the diamond snow, yet the only depressions around would be the dimples in six smiling cheeks concealed by three lovely heads turned left, looking, not where they must, but where they may.

Last weekend I stood among one dozen youthful and smiling faces. Beyond was Lake Michigan, its muted blue and green water as stormy as the sky. Waves with whitecaps crashed on the sandy shore far below our perch, but made no sound. There was a cold wind that swept up and over the face of the dune and carried with it sand and snow that felt like a billion little supermen punching my radish cheeks.

I sat on the hard yellow sand and closed my watery eyes for a moment to imagine the warm summer day when I ran down the steep dune path (dimpled from climbers). The water was still and transparent then, which allowed me to see rocks near the shore and splotches of seaweed further out. I want to say I could feel the warmth of that summer day sun as I sat there with my eyes closed, but there’s no way. The wind whipping over the precipice of the dune carried away not only sand and snow, but also the remainder of my summer memory. As quickly as I had displaced my presence, I was brought back to the present by a chill that rattled my vertebrae.

Above me, dogs wove in and out of multicolored snow-pant pillars, playing and flirting with each other in a manner of which the rest of us could only dream.

When we lined up for a group picture, backs to the beauty, our smiles ran left-and-right and up-and-down. Big goofy sand-filled grins, all seeming to say, ‘I’m having fun if you are!’ And in that precise moment I realized that we were (and are) fractions of each other’s happiness. Without any number of us there, the wind would carry a sharper bite, the gray sky would be less magnificent, and our pictures – memories – and lives would be less brilliant.

The young boy stood on the dirt shoulder of a rutted country road as an automobile sputtered past leaving behind a cloud of dust. The sun was white and hot, bleaching everything beneath and creating a raw vacancy in the already desolate terrain. The grain of the land stood up to him as he knelt down to it and when he reached his hand down to the dirt, he thought of home and of mama and of the small dog they found one day and kept forever.

The dehydrated crops stretched to the horizon and turned back his eyes and thoughts from any plan he’d ever had to get away from the abandoned details. ‘Look around,’ mama would say, ‘And you’ll see how lucky you are.’ He squinted through the dust sifting down at a another car coming along the right fork in the road. His hand, stuffed in the pocket of his ripped jean shorts, clenched around the natural wood and polished brass caps of his carving knife. He withdrew the knife, pinched open its large blade, and ran the dry skin of his thumb perpendicular to the sharp edge. It scraped his dry skin audibly. Maybe like the tear of paper. Or a mason jar full of mama’s homemade blackberry jam being dragged across their counter top.