Harvey says, “fuzzy kiss!” whenever Lindsey kisses him lately. It’s because her hair tickles his face. I’m not sure Lindsey is crazy about this, but she likes her Harvey kisses.

A reminder for our memories.

Listen! The wind is rising,
and the air is wild with leaves,
We have had our summer evenings,
now for October eves!

The autumnal equinox arrives precisely at 4:21 a.m. on Wednesday, Sept. 23. Fall being my favorite season, I’m excited for: cinnamon sugar donuts with apple cider, apple picking (maybe), rounds of golf among the colorful leaves, the chill in the morning air, pumpkin carving, . . .

Unfortunately, the sunrise will not move north (back into direct view of our living room window) until after the winter solstice, which is December 22nd, 2015.

The Hannah Bear coloring book that Lindsey created last spring to help children who experience a death in their family won the “Best Practice” competition at the Selected Independent Funeral Homes National Convention! Congrats, Lindsey! Harvey, Carson and I are proud of you.

You can learn more about the book at The Hannah Bear, which also has contact information for Lindsey. Also, the bear you see below is Peg lent her authorship experience to Lindsey. 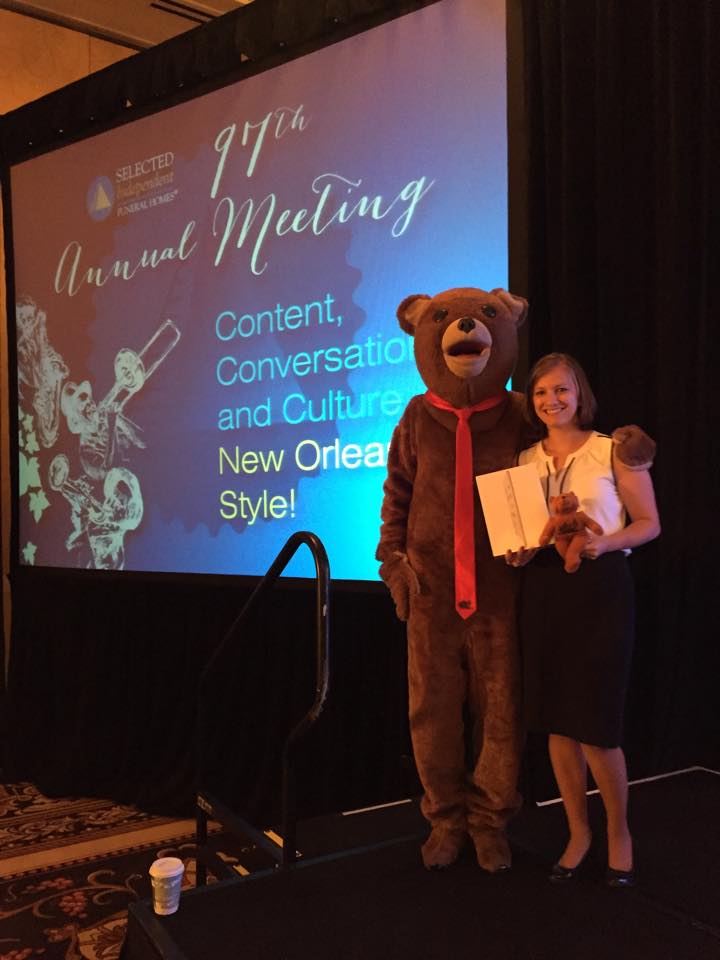 Nine guys. Many laughs. One hole-in-one.

I left early this morning to play the 2015 Union Championship. A few guys played a round Friday afternoon, but I was joining for the 36 holes at the Kingsley Club today. There was 18 holes at Arcadia Bluffs planned for Sunday, but that was cancelled for lack of attendance. The benefit of having the event close to home is that many of us don’t have to drive too far. The downside is the lack of a “captive audience.” Still, it was great to have a full day of golf on a tremendous course. We got a mix of weather – rain earlier in the day, wind throughout, and our fair share of sun.

This year’s participants were:

If’s fun catching up with these guys – some high school friends and others solely through this golf group. I hope that the group stays together for many years, and we continue to make the effort and take the time to plan these events at premier courses.

To review some of the play: Mike Dean made his first hole in one on the 9th hole in the morning. Following my lip-out PW, he hit a PW just left of the pin and spun it in. Congrats! My play was up and down all day. 78-76. I made my share of birdies, but also made too many doubles. Hutch had the round of the day in the afternoon when he posted a solid 69 (two under). I was glad to have him as my partner!

Morning “two best-ball of three” went to the team of Kellogg, Hutchinson, and Wicksall (I believe).

Afternoon “one best-ball of two” went to the team of Rogers and Hutchinson, although the team of Kellogg and Dean was close until the 17th hole.

Thanks to the Kingsley Club and Justin Mack for hosting our group, serving delicious breakfast sandwiches, and providing a stern and enjoyable test for the 2015 Union Championship.

Here’s a video from the day.

Had a chance to play in the Child and Family Services Golf Outing today with Jennifer Jones, Doug Morgenstern, and James Taylor. We had fun in the wind, and I won long drive for a bomb on the 10th hold. (I had just gotten lunch, which helped.) It was nice to see a lot of familiar faces, too! 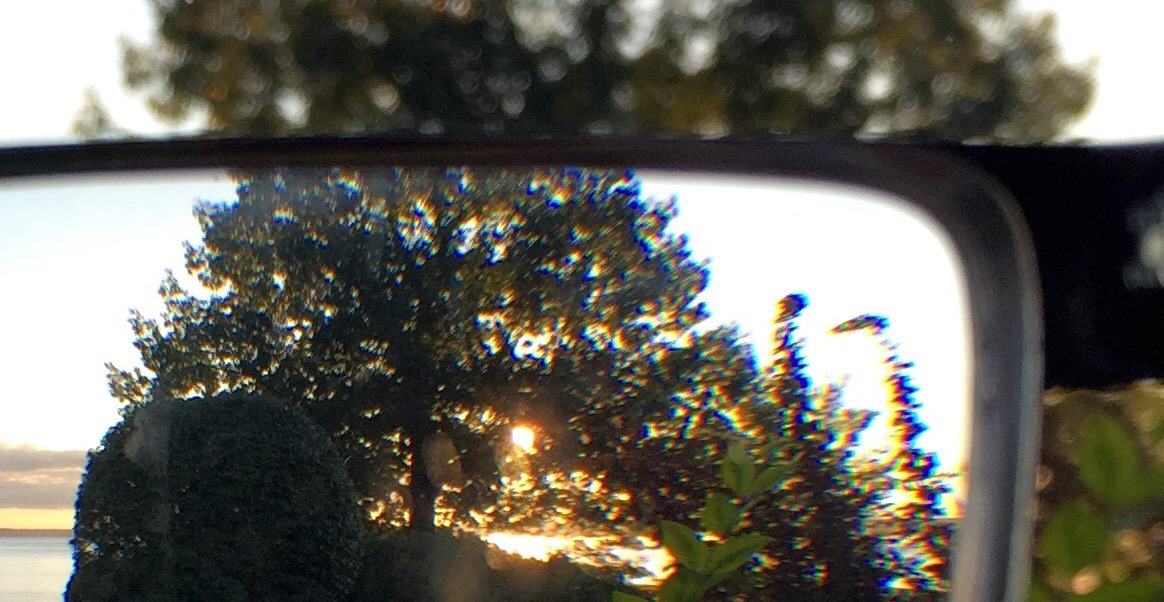 In a moment’s time, the burning tangerine sun rises above the horizon, sits below the pink clouds shuffling south, then disappears. Playing peek-a-boo; its rays streaming through the silhouetted oak tree with vibrating leaves. Through our window decorated with Harvey’s fingerprints. Through the scratched lenses of my glasses. And on to me. Painting me in the warmth of morning. Compelling me to smile and be grateful for the view. And for the people I share it with.

Thanks to some professional help, we’ve moved the blog to my old domain, yugflog.com. We no longer live at The Double Dogleg, so the move was appropriate. Below is the old sidebar text that I removed, which I’m saving just because.

the dou·ble dog·leg
noun
: the Rogers’ family home
: our memories
: place where we laugh
: where our sun rises

dou·ble
adjective \’də-bəl\
: made of two parts that are similar

Our “driveway” is the implied noun that is described by “double” and dogleg,” as it does have two doglegs that must be navigated upon leaving and returning.